Poland’s history is a fascinating tale.

Forever stuck between two powerful and hostile neighbours, it has over the past thousand years struggled to defended its sovereignty and freedom on innumerable occasions – often to be invaded and subjugated to occupation by foreign powers over and over again.

It has gone from being the largest country in Europe to completely disappearing off the world map, and has seen its population destroyed in two world wars. However, it is testament to the extraordinary resilience of the Polish people that Poland has not only recovered from every crushing defeat but also had the strength to hold onto its own values, gradually becoming a modern Europe’s economic success story.

Poland’s turbulent history may be traced through various cultural, architectural and religious monuments – breathtaking reminiscences of the past centuries, starting from numerous medieval castles and baroque palaces to industrial heritage sites.

The origins of Poland, which found itself in central Europe, where the North, South, East and West come together, resulted in a diverse and multicultural style of customs and traditions that are cherished within each of its regions.

Throughout centuries the Roman Catholic Church has held a very strong position in Poland and nowadays its importance can be seen through a great number of monumental historical churches that can be found all around the country.

Until today the Church remains an important social institution, especially in the rural areas and small towns, where many parish cultural and sport organizations function.

Big and modern cities, however, represent a whole different story. After regaining it’s full sovereignty in 1989, Poland has began a fundamental process of political changes and economic recovery, becoming one of the fastest-developing countries in Europe. 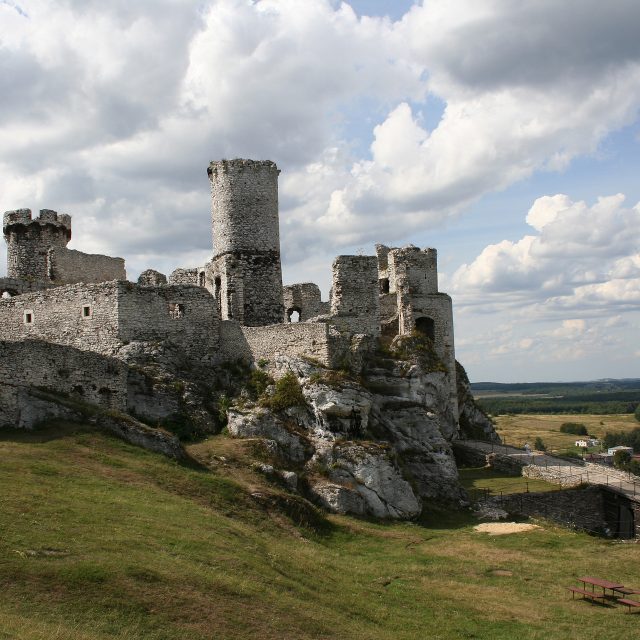 MANY POLES ENJOY HISTORIC RE-ENACTMENTS OF GREAT BATTLES. FOR EXAMPLE, THE 15TH CENTURY’S BATTLE OF GRUNWALD IS EACH YEAR STAGED BY AS MANY AS 1500 PARTICIPANTS PLAYING MEDIEVAL KNIGHTS.